Share a memory
Obituary & Services
Tribute Wall
Read more about the life story of Irene and share your memory.

Irene Halverson,100, of Spencer, Iowa formerly of Sioux Rapids, died on January 22, 2023 at Northshire in Spencer.

Private family graveside services will take place in the Lone Tree Cemetery. A memorial service will take place at a later date. The Sliefert Funeral Home in Sioux Rapids is in charge of the arrangements.

Irene Joyce Johnson was born August 26, 1922 in Lakefield, Minnesota, to Edmund and Opal Johnson.  She was the first of six siblings, Inez, Everett, Mildred, Irving, and Ardyce. At the age of three the family moved to Buena Vista County, where she attended school in Marathon during her early years. She would eventually graduate from Sioux Rapids Schools in 1940 as salutatorian; ironically her daughters, Sandy and Judy were also Salutatorian in 1962 and 1964 and her daughter Joan was valedictorian in 1965. In the Buena Vista County Spelling Bee, Irene placed third, just one place off of going to the state Spelling Bee.

After graduation Irene enrolled in the Fort Dodge School of Business. When she had learned all they had to teach her, the school arranged for her employment at the Hatchery in Spencer. She then went to Simonson Iron Works and then worked for A.J. Scott at First National Bank. Later, she did bookkeeping for a number of businesses in Sioux Rapids.

In 1943, Irene was united in marriage to Virgil Halverson. They lived on a farm southeast of Sioux Rapids, where they raised their three daughters: Sandra, Judy and Joan. The couple later divorced.

Irene was very active in the First Lutheran Church in Sioux Rapids, playing piano and being Sunday School treasurer for 54 years. Her other volunteering duties led her to oversee the Lee Township drive, which she did for 37 years; she participated 38 years in the Sioux Rapids Area Historical Assn.; was a longtime member of the Sioux Rapids Alumni Committee as well as the Northwest Iowa Scandinavian Association, which reflected her Norweigian heritage. In her spare time she loved crocheting and participating as a member of the Women’s Prayer Coffee. Irene could always be counted on to volunteer to take the census every ten years or drive someone in Sioux Rapids to their appointments. She also traveled to farms gathering information for the pictorial atlas of numerous counties in Iowa.

Irene loved to travel and had been to Canada, Mexico and many of the United States. She also was proud that she visited all 99 counties in the state of Iowa. Often you could see her following Sandy in the RAGBRAI event. Irene’s theme song during  her travels was “On The Road Again”.

Irene kept herself informed of local and world news by reading five newspapers a day coming from these communities – Storm Lake, Spencer, Peterson, Niobrara, NE and Sioux Rapids.  Her mind could recall the littlest detail and was the person to ask if there was information needed from years past.

Irene loved the Clay County Fair, the State Fair, girls basketball tournaments, and looking at Christmas lights. Her biggest joy was spending time with her daughters. Her heritage was evident when she prepared Norwegian cuisine for the holidays and special events.

She was preceded in death by her parents, her brothers, Everett (Lois) Johnson and Irving Johnson, and her sisters, Inez (Don) Flint; and Mildred (Max) Imrie; and one brother in law, Ed Hanson.

To send flowers to the family or plant a tree in memory of Irene Halverson, please visit our floral store. 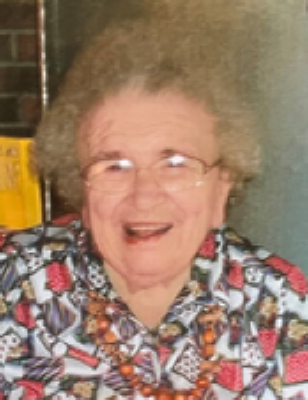 Family and friends are coming together online to create a special keepsake. Every memory left on the online obituary will be automatically included in the book.

You can still show your support by sending flowers directly to the family, or by planting a memorial tree in the memory of Irene Halverson
SHARE OBITUARY
© 2023 Sliefert Funeral Homes. All Rights Reserved. Funeral Home website by CFS & TA | Terms of Use | Privacy Policy | Accessibility